The brief descriptions below are designed to familiarize you with our medical staff's training, professional credentials and work experience. 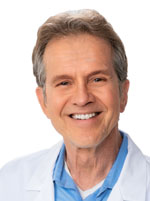 Dr. Covington settled in Ventura in 1977 and started the Gastroenterology practice that became Island View Gastroenterology Associates. He first discovered and fell in love with Ventura while traveling between San Francisco, where he attended medical school, and his family home in Torrance. He jumped at the opportunity to work in this community.

Dr. Covington attended the University of California at Los Angeles from 1965 to 1968. He earned his Bachelor of Science in Premedical Sciences from the University of California San Francisco Medical Center with highest honors and earned his M.D. Degree from UCSFMC in 1972. He attended medical school on a Regents Scholarship and was elected into the Alpha Omega Alpha medical honor society during his third year of medical school. After his graduation from UC San Francisco in 1972, he returned to Southern California to serve his internship and medical residency at the UCLA affiliated LAC-Harbor General Hospital in 1975. After completing his 3-year residency he moved back to UCLA to complete a 2-year Fellowship in Gastroenterology in 1977.

Dr. Covington plans to retire this year, at the end of September 2022, after completing 45 years of practice. He is grateful for the wonderful opportunity he had to participate in delivering healthcare to thousands of Ventura County residents. Once he retires, Dr. Covington is looking forward to spending more time with his family and grandchildren (including the grand-dogs). 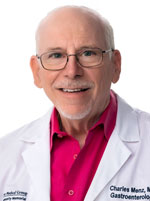 Dr. Menz earned his Bachelor of Science in Electrical Engineering at Stanford in 1971. He went to the University of Utah and earned his M.D. in 1975. Dr. Menz completed his residency in Internal Medicine at UCLA in 1978. He has been on the faculty at UCLA since completing his Gastroenterology fellowship there in 1980. 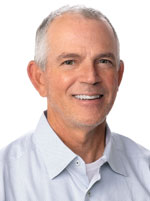 Dr. Lyche is married to his wife, Sandy, who he married during his third year at UCLA. They had their first son, Samuel, at the end of his residency. Later, they had their second son, Noah, at the end of Dr. Lyche’s training. Dr. Lyche spent six years on the faculty at UCSD School of Medicine. Then in 1997, he joined Dr. Covington and Dr. Menz at their practice here in Ventura.

Dr. Lyche’s special interests in GI include biliary endoscopy (ERCP) and he has always had a special interest in Hepatology. He did clinical research at UCSD and has had clinical trials in Ventura for the last 25 years. Currently his research focuses on treatment for Fatty Liver Disease. The goal is to avoid the progression of the disease to cirrhosis, liver failure, and primary liver cancer.

In his free time, Dr. Lyche enjoys hiking with his wife, traveling to National Parks, and playing golf his family. 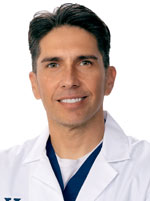 Dr. Pedraza earned his Bachelor’s degree in 1995 from Boston College. He graduated from Temple University Medical Schoolin 2000 and completed his internship and residency in Internal Medicine at Santa Barbara Cottage Hospital in 2003. He completed his fellowship in Gastroenterology and Hepatology at Kaiser Permanente Los Angeles Medical Center where he was named fellow of the year in 2006. 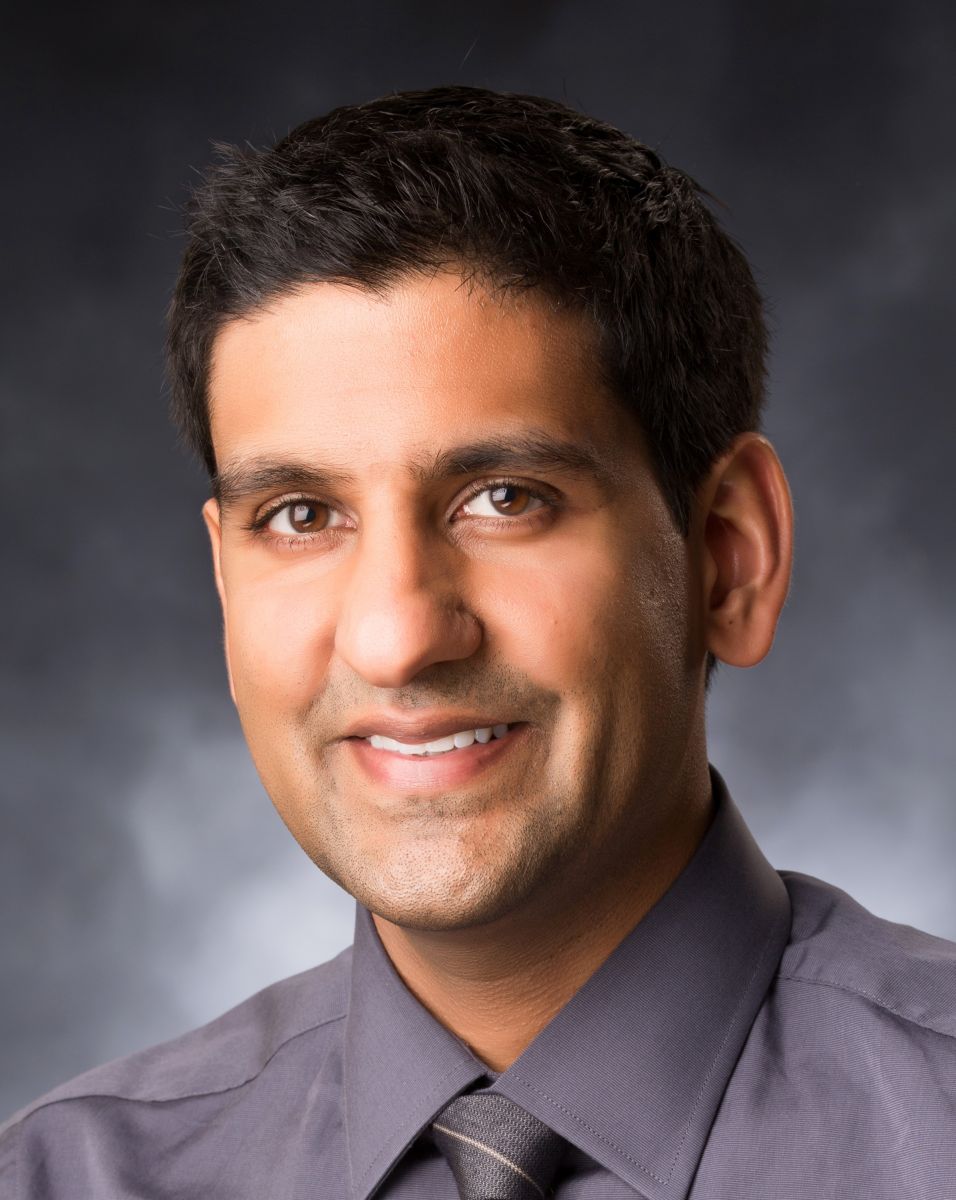 He then attended Northwestern University Medical School and earned his M.D. in 2004, followed by an internship and residency in Internal Medicine at Emory University in Atlanta.

He ultimately returned to California for his fellowship in Gastroenterology & Hepatology, which was completed at the UCLA School of Medicine and Cedars-Sinai Medical Center in 2011. Following training, he served as an academic gastroenterologist in the UCLA School of Medicine and has published peer-reviewed research on the biology underlying both Crohn’s Disease and Irritable Bowel Syndrome, and he has participated in clinical trials pertinent to liver diseases. He is a member of the American Gastroenterological Association and the American Society for Gastrointestinal Endoscopy, along with the Phi Beta Kappa academic honors society.

Upon the arrival of his second child, Dr. Alpern joined Island View Gastroenterology Associates in 2013 and lives locally with his family. His interests outside of work include hiking with the human and canine members of his family, travel, sports, and reading.

He speaks Spanish, Portuguese, and English. 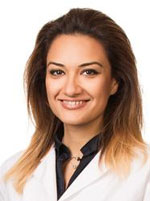 Dr. Nasrollah earned her Bachelor of Science degree in Biology from University of Texas at Dallas in 2005 and graduated Magna Cum Laude. She received an extraordinary medical student award in 2000 and was a member of Alpha Epsilon Delta.  She received her Doctor of Medicine  degree from University of Texas Medical Branch in Galveston in 2010. When she was a medical student, she was an officer of the Gold Humanism Honor Society.   She completed her residency from the University of Arizona in 2013 and Gastroenterology Fellowship in Banner Good Samaritan Medical Center. In 2014, she conducted research on the Effect of New Hep C treatment on minority population. She joined Island View Gastroeneterology Associates in 2016.

Dr. Nasrollah is a member of the American Gastroenterological Association and the American Medical Association.  In her spare time, she enjoys playing the piano, kick boxing, Persian calligraphy, skiing, hiking and traveling.  She very fluent in Farsi.

Tatyana grew up in the beautiful country, Ukraine, where she was raised to be a strong person who is hungry for knowledge. She became aware of the genetics that Ukrainian people are predisposed to, which include: alcoholism, smoking, unhealthy diet, hypertension, and coronary artery disease. She decided to challenge herself to explore the medical sciences through research, academia and real clinical experience.

Tatyana graduated from Ivanovo State Institute of Medicine in Russia in 1992, where she earned her MD degree. She is licensed to practice medicine in Russia. In 1996, she earned her certificate in Pediatric Gastroenterology from Lviv State Institute of Medicine in Ukraine. Life gave her a new challenge, and that was to move to the USA. Here she attended Los Angeles Valley College from 2000-2002 where she took courses in preparation for training as a Physician Assistant. Tatyana earned her PA certificate from the University of California Davis in 2005. After that, she joined Island View Gastroenterology Associates in 2007. Through her journey of adapting to a new culture, environment, and language, she never lost her passion for medicine which she continues to practice here at IVGA.

Tatyana loves to help and teach her patients. She loves to educate and advise them. She is also involved in research which gives patients hope when they are faced with a challenging diagnosis. Tatyana says that her work has enlightened her to the beauty of working in the medical profession.

Tatyana is a healthy life adviser and a perfectionist. She loves to eat and cook healthy food, and she loves to exercise a lot. She loves spending time with her family and friends. She is a proud mom of two daughters, one of whom is an ER doctor, practicing in one of the busiest hospitals in New York. Her other daughter is an “A” student who wants to go to space!

Tatyana is fluent in English and Russian.

Find us on the map